As usual I’ve been slow with updates lately, but in an attempt to change the habit of a life-time I am going to go through a glut of news all in one gulp, and hope that you can take it.

First off, I didn’t much mention that my first book was published in November last year (some time ago now I know) by Éditions Sarbacane, a Paris-based publisher who translated the script for me, since I’m by no means bilingual.  They were kind and patient and never showed the slightest annoyance at the embarrassingly basic standard of French I managed to bring to meetings.  Here is an image of the dummy that I sent them, together with the book as it looks now.

You can find further images and the briefest of synopses here.  And here is a review (also in French).  If you want to know more, you’ll have to get a copy!  It’s available online, and I’ve also been taking it to comics fairs, where it’s been for sale on the Brolly Lolly stall.  Brolly Lolly is a collective of author-illustrators making comics, picturebooks, prints and all sorts of others desirables.  We were exhibitors at ELCAF in 2014 and will be again this year.  We were also at Thought Bubble in November last year 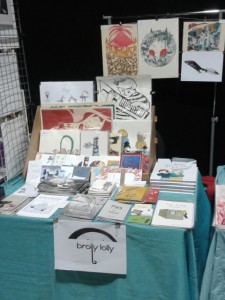 as were some other guys… 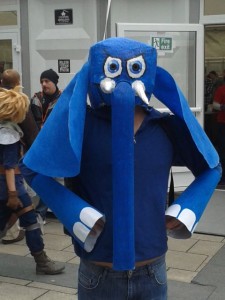 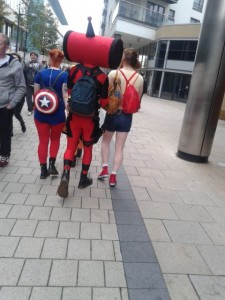 Then there was Hifest 2014.  And THEN we got a stall at TCAF, so Ania Stypulkowski took our  wares up to Canada, too. 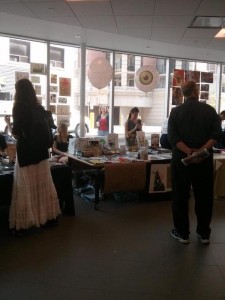 Next week, they will be selling marvels at ELCAF again, and running a workshop. I won’t be with them this time around, but you’ll see me turning up again at future fairs no doubt.

From November 2014 to May 2015, Phoebe Swan, illustrator and art teacher at Woodside Primary Academy, kindly invited me to join her art classes as visiting artist to the school, so I could see what everyone was making there.  In the spring, I ran an after-school comics club for year 3 students, and made pictures with two of her classes that took stories I’ve written as their starting point.

Still going with this book – which has become part of a research project.  Here’s one of the most recent layouts.

for mother’s day.  Which was a while ago.  But it got to the right person on time.. 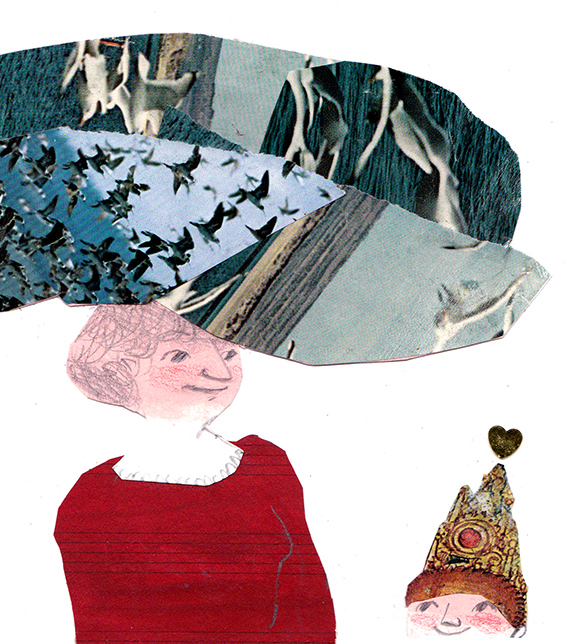 Last year me and Daisy Hirst made a 2013 advent comic, and what a wild time we had of it.  You can read that one here. Now here we are, back at the beginning of December again (but a year later – that’s how it works).  We’ll be doing a panel a day of what promises to be a rip-roaring adventure.  I am going to be updating regularly (hopefully, every day) over on my other blog (for a change of scene).  Here’s the first panel to whet your whistle. 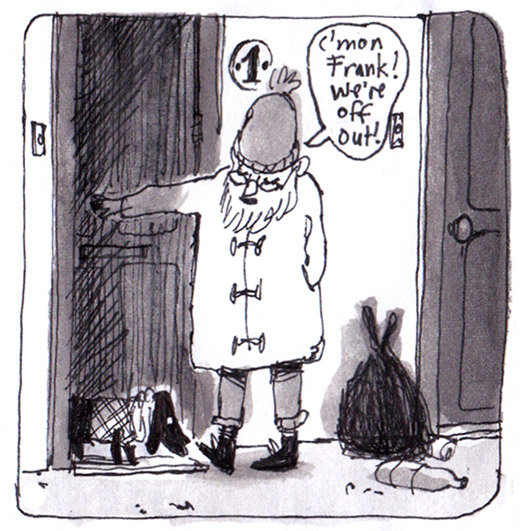 A little while back (June actually), Daisy Hirst and I started a couple of picturebook jams as a present.   It took us all the way to end of September to finish them – well after the birthday in question – at which point we put them both in a matchbox together (the start of an extremely space-efficient if only intermittently legible library) and sent them off.   Luckily they survived an assault by ravenous snails and eventually made it.  Here’s one of them:  the other is over on Daisy’s blog, have a look! 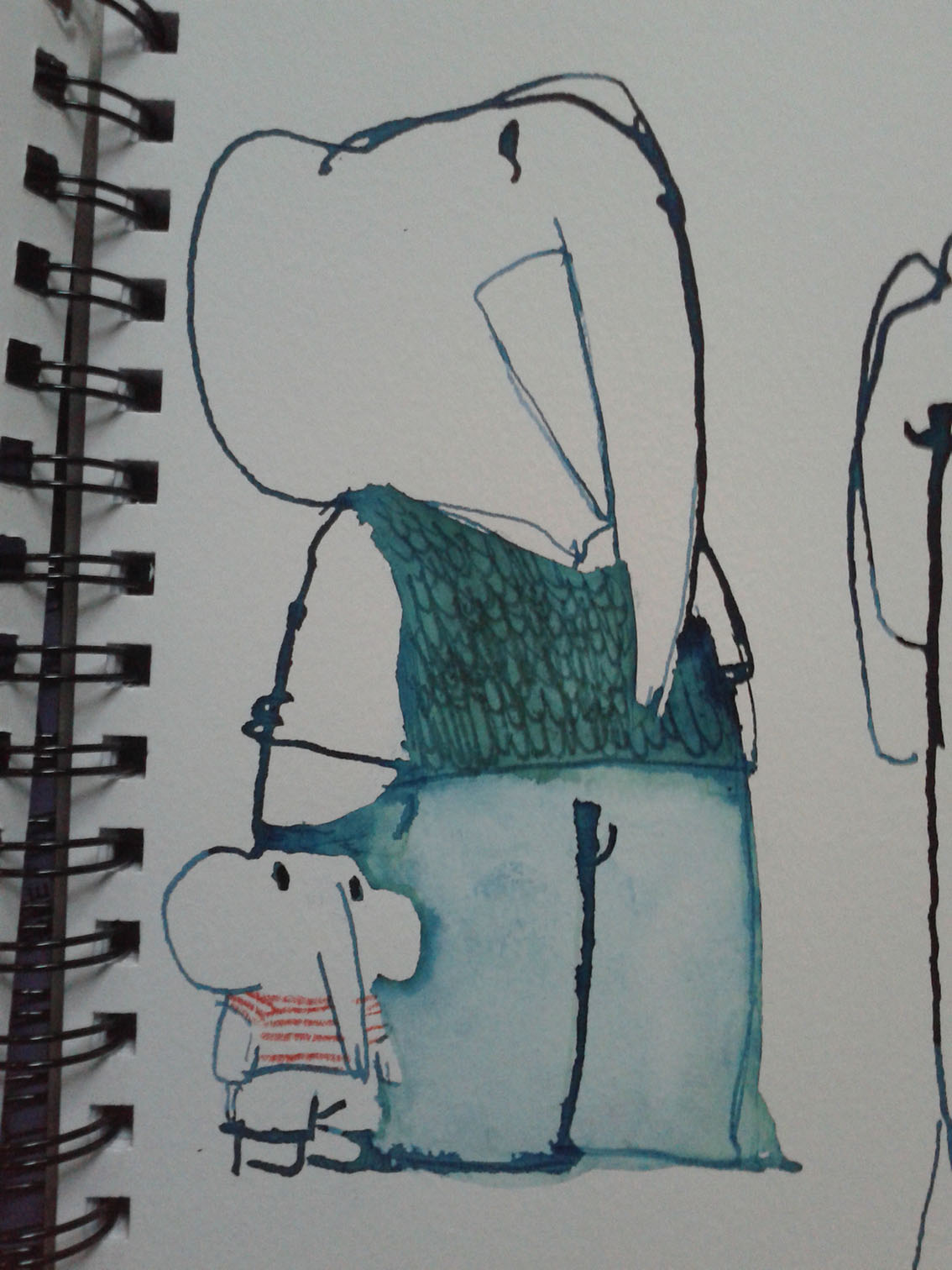 plenty of birthdays in October. 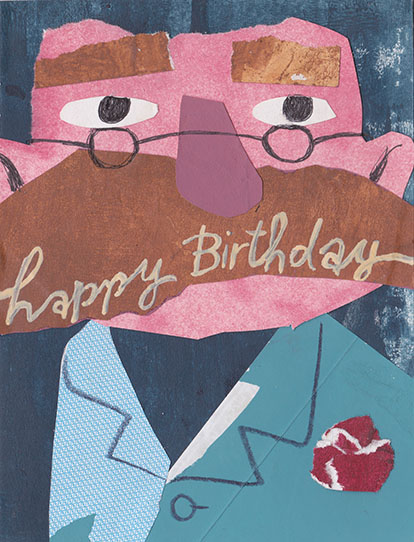 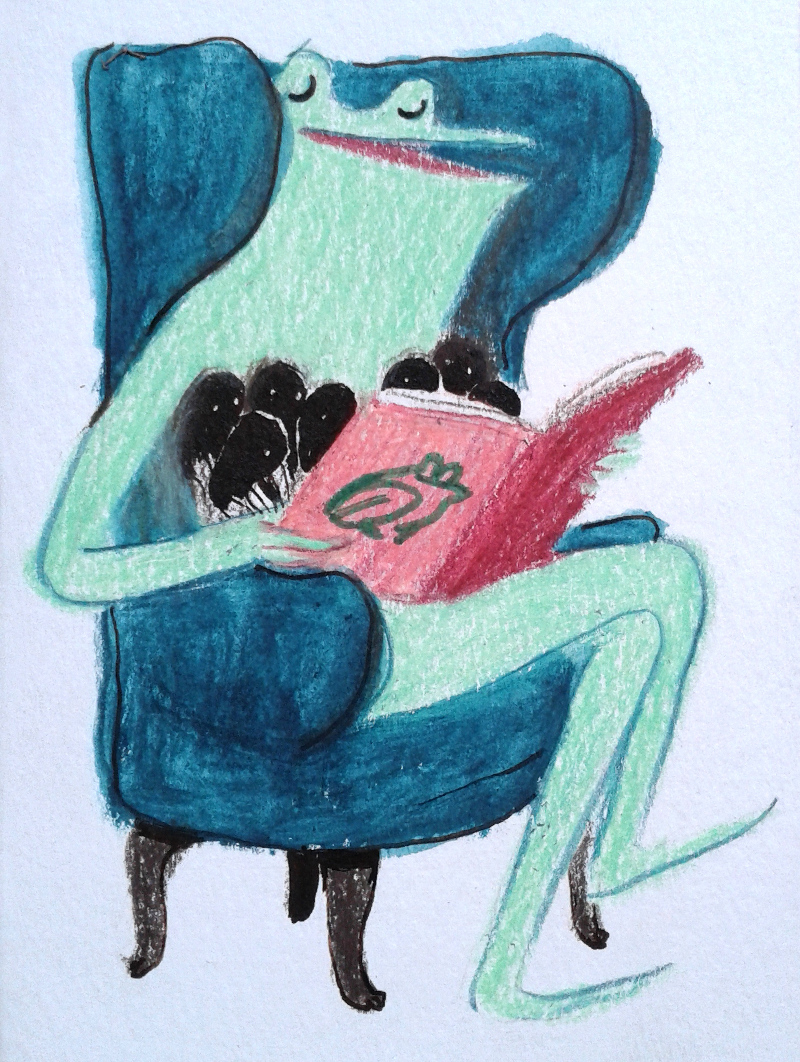 These here tadpoles is the honest-to-god total number of children my mum managed to coax through to adulthood (well, one more to go!)  Until my nephew Sam was born a few years ago, I don’t think I ever properly took in what that might actually be like.  Now that I’ve started to try to imagine, I can’t get over how she juggled it.  Therefore I salute all mothers with admiration, but our own most especial much.

I’ve been making some colour tests. Grey might be my new favourite. 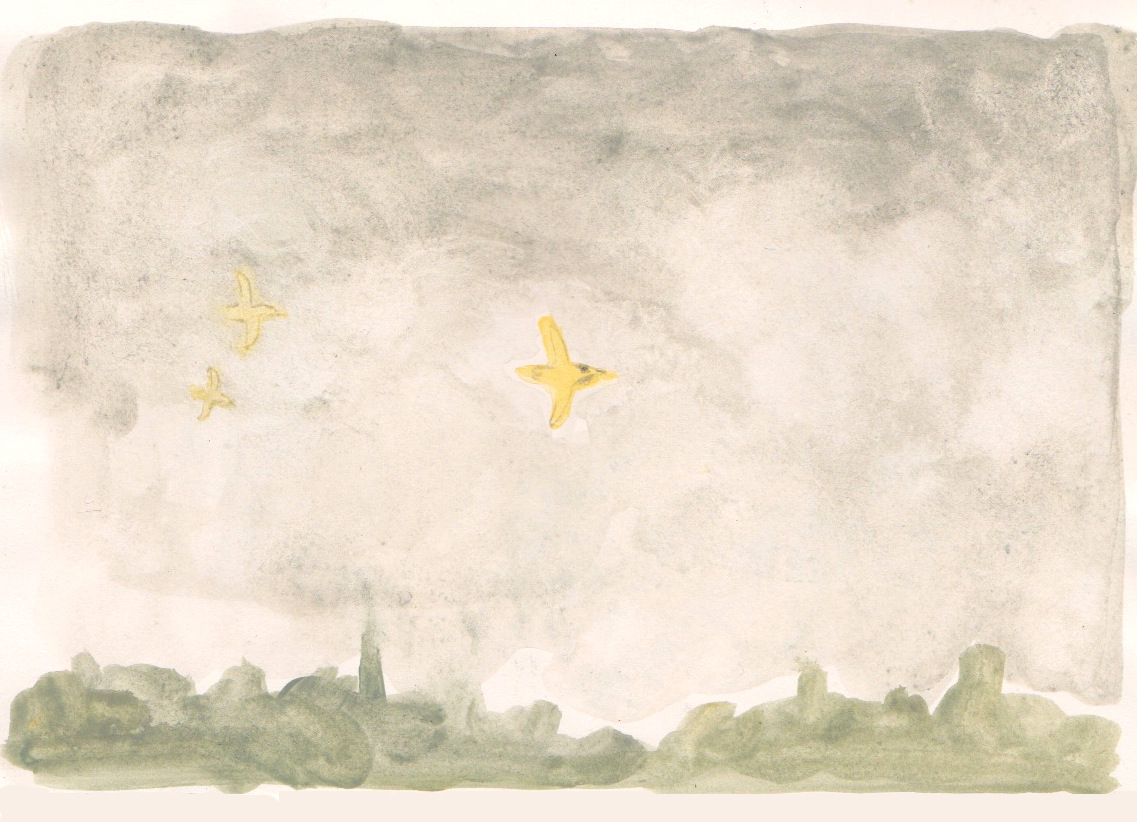 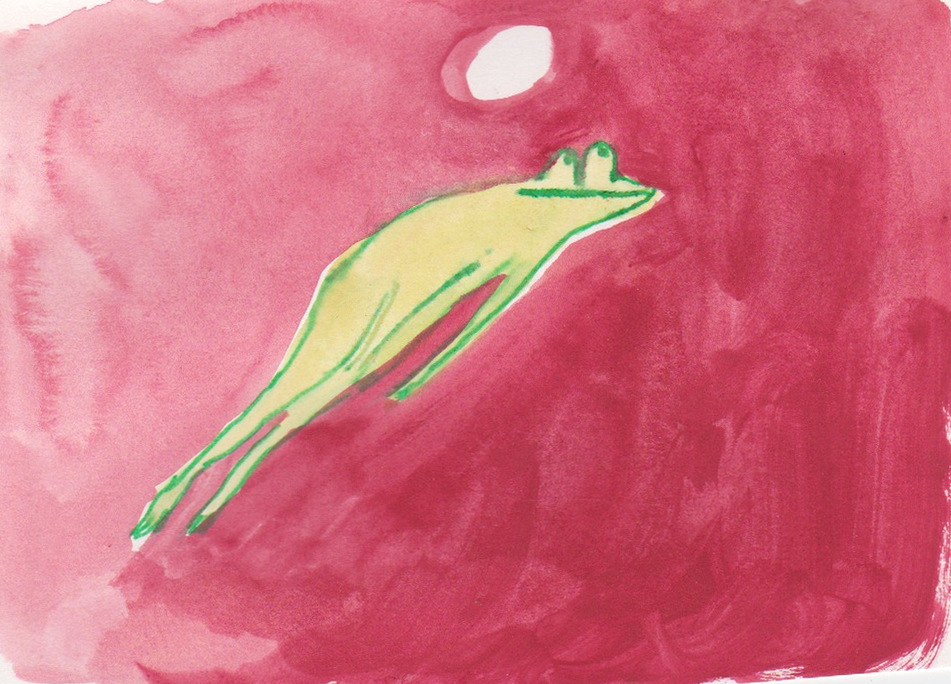